Villa Candidasa Bali and its region 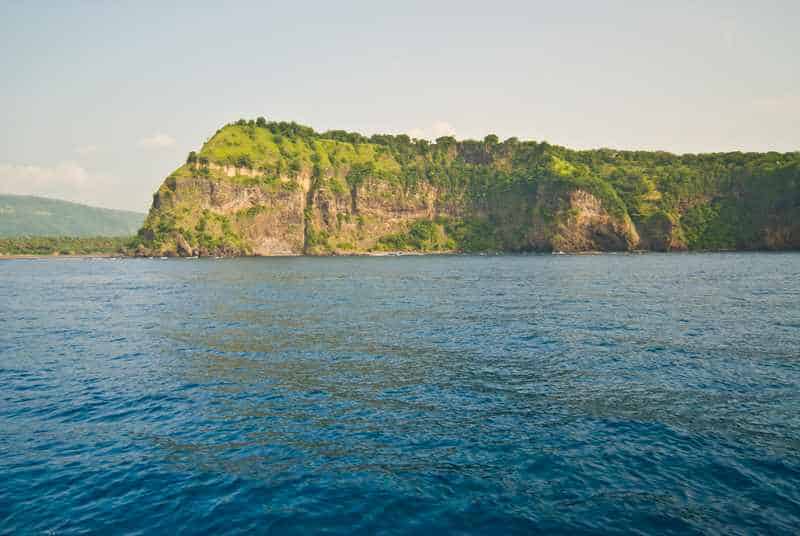 The stretch of coastline from Manggis through Candidasa town itself and east to Bugbug, is normally just referred to as Candidasa.
This is a laid back and very relaxing area of Bali with a wide range of accommodation options. Many visitors, especially Europeans, combine a stay in the hotspots of south Bali with a more relaxed break here. The black sand beaches are very narrow and often disappear altogether at high tide.
Candidasa is 60 to 80 minutes from Sanur along the recently opened east coast road, and is also easily reached from Ubud. A direct trip from the airport will take about 90 minutes. Candidasa is about 15 to 20 minutes further east from Padang Bai where public ferries from Lombok arrive.
In the hills just four km inland from Candidasa at Tenganan, is the most famous Bali Aga (original Balinese) village. There is another (distinct) Bali Aga community in the village of Trunyan on the shores of Lake Batur near Kintamani, but visitors are advised that Tenganan is much easier to reach and far more welcoming of outsiders.
The Bali Aga people have retained an ancient pre-Majapahit Balinese culture, and this is apparent in the many obvious differences from the rest of Bali which you will find in Tenganan. The villagers maintain a strict adherence to ancestor worship, cosmology and other animist beliefs, as well as a rigid social organisation. Villagers must live inside the village and marry from within. Tenganan is closed to outsiders after dark. The dialect of Balinese spoken here is heard nowhere else, and differs substantially from even the other Bali Aga community in Trunyan.
This is an isolated community in almost every way. The village is separated from the rest of the world by a solid stone wall that entirely encompasses the village. There are four gates in the wall, one for each point of the compass. All houses are exactly alike and aligned either side of natural stone pathways. Each house is accessed by a flight of steps and then a simple gate which opens into a courtyard, around which are arranged the bedrooms, the kitchen and a longhouse which serves as a store. Each house has its own empty shrine where it is believed ancestor spirits reside when they visit their descendants.
The focal point of the village is the 70 foot long Bali Agung pavilion, where the village elders meet to discuss matters of concern. This structure is clearly very old but nobody seems to know just how old. The major communal village temple is the Pura Puseh (the temple of origin), and this actually lies outside the village walls just to the north.
Tenganan produces some of the finest woven basket-ware, and a fabled double weave ikat fabric, called Geringsing. This fabric is extraordinarily complex and fine pieces fetch enormous prices in the international markets. Collectors of Geringsing have very deep pockets.
A local custom that has been become a popular tourist spectacle involves ritual blood sacrifice whereby combatants fight using wickedly thorned pandanus leaves. The aim of each participant is to draw blood from their opponent. This ritual combat is known as mekare kare and is scheduled whenever there is an important temple ceremony in Tenganan. An elaborate feast follows.
In Candidasa there is not much beach, especially at high tide. Concrete breakwaters run parallel to the shore for the length of the town.
There is a quiet and little visited black sand beach west of Candidasa proper called Pantai Labuan Amok. Although it has an unsightly Pertamina oil terminal at one end, this is a clean beach in a pretty bay, and the offshore waters offer good snorkeling with live coral in shallow waters. There are many other small coves and bays to explore in this area and all visitors are encouraged to do so.
Five kilometres north east of Candidasa is Pasir Putih (White Sand Beach), one of East Bali’s well-kept secrets. It’s a five hundred metre long, isolated, beautiful, white sand beach fringed with coconut palms. There are a few warungs (small shops) who rent sunbeds and umbrellas. Massage ladies make it into a tourist place.
Candidasa is a renowned diving area with good sites close offshore as well as around the nearby islands of Nusa Penida and Nusa Lembongan. The close offshore rocky islets of Gili Kambing, Gili Biaha and Gili Mimpang offer superb but demanding diving which is only really suitable for more experienced divers. Currents are very strong here. Expect large manta rays and even mola mola in season.

See the others villas of the region East
~
8 villas
~ 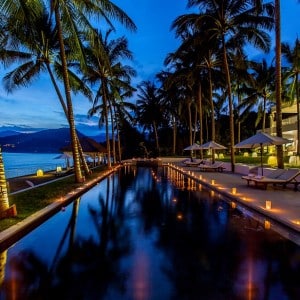 This stunning villa is located in the Amuk Bay, east Bali. and the guests will enjoy the amazing view . […] 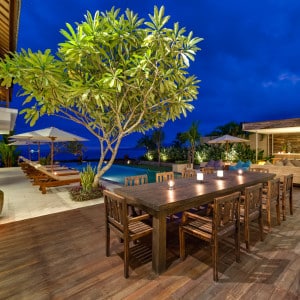 This luxurious Villa , complete with four bedrooms and a swimming pool, is blessed with one of the most spectacular […] 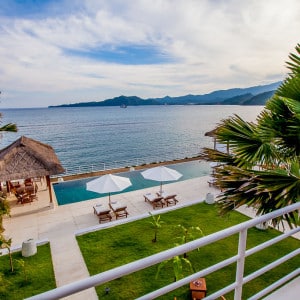 This stunning villa is located in the Amuk Bay, east Bali. The guests will enjoy this amazing view. This majestic […] 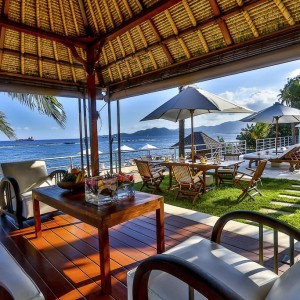 This stunning villa is located close to Candidasa, east Bali. The guests will enjoy this amazing view. This majestic building […] 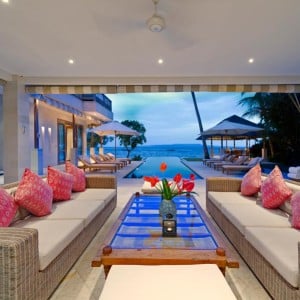 This beautiful four bedroom villa is part of a private estate with three beachfront villas, two with four bedrooms and […] 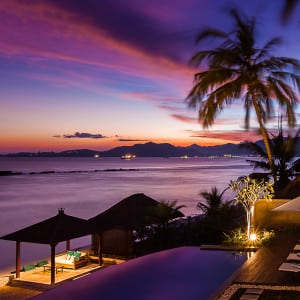 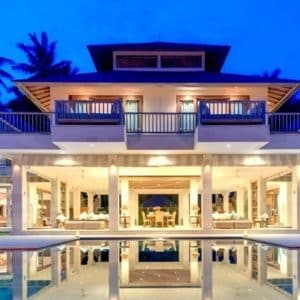 This beautiful six bedroom villa is part of a private estate with three beachfront villas, two with four bedrooms and […]

This charming villa is located in Candidasa, close to the main quiet street with its restaurants and shops. Its architecture […] 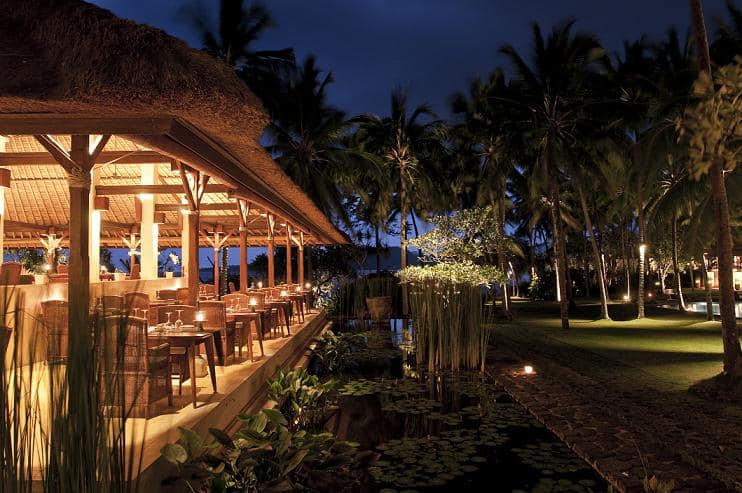 Inspired by a neighbouring organic salt farm, Seasalt Restaurant is set in a traditional Balinese pavilion on a lotus pond. […]

END_OF_DOCUMENT_TOKEN_TO_BE_REPLACED 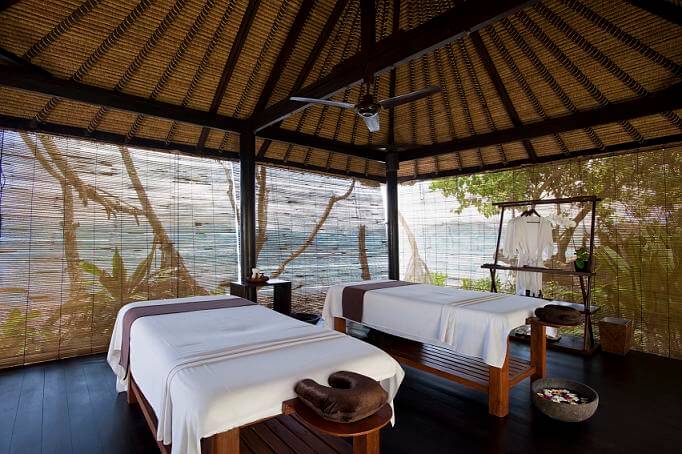 At Spa Alila, we are committed to providing unique treatments from the heart, blending ancient Asian healing techniques with age-old […]

END_OF_DOCUMENT_TOKEN_TO_BE_REPLACED 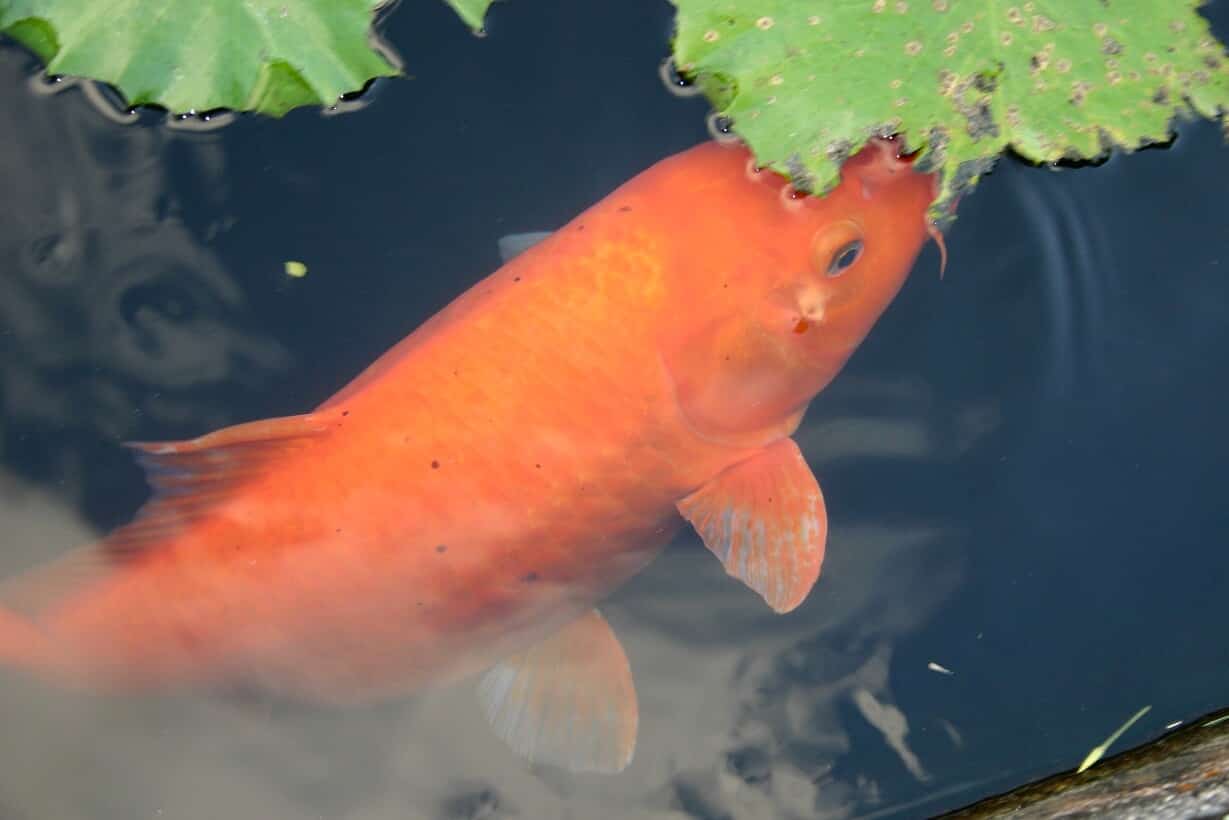 Tirta Gangga is a small village located in east side of Bali, nearby Candidasa. It’s located about 6 kilometers from […]